Halloween Around The World

Halloween Around The World

In this article we are going to explore the different traditions and activities celebrated on Halloween around the world. Our first stop is going to be Mexico.

Halloween in Mexico is mainly considered a children’s festival and is traditionally held on October, 31st. Halloween is not considered a federal public holiday there, and so it is still a work day for many employees. Since “Day of the Dead” is a three day event that is just getting started on Oct.31, Halloween is often overshadowed and tends to end short for all Hallows Eve. Like America, children dress up in costumes and go house to house, but once the door opens, instead of saying the familiar “Trick-or-Treat” they shout “We want Halloween”. In saying “We want Halloween” they are rewarded with not only candy, but coins as well. Even though Halloween is considered a small tradition in Mexico, children still enjoy it every year. 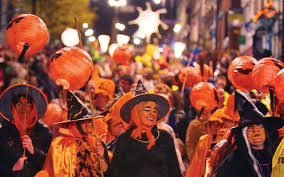 Many people consider Ireland to be the birthplace of modern Halloween, due to the festival named Samhain (end of the light half of the year) that took place thousands of years ago. The people of Ireland celebrate Halloween like many others, by dressing up and going “Trick-or-Treating”. They do however have a couple of big traditions they do, that others don’t. Such as their traditional Halloween fruitcake named “Barnbrack”, which is filled with wedding rings and coins. The wedding rings represent “marriage” while they coins represent “hope for the new year”. They also throw a big carnival in the city of Derry Ireland, where thousands of people dressed up in costumes play games, listen to live music, and watch a big firework finale. As the home of Halloween, Ireland  certainly is the place to be. 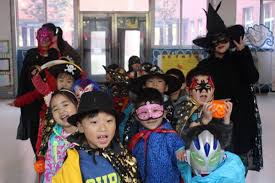 Like Mexico, China doesn’t really Celebrate Halloween, because it is overshadowed by another popular festival called “The hungry ghost festival”, that takes place every year on August, 22nd. “The hungry ghost festival” has been going on for thousands of years and is believed to take place during “Ghost month”. Mainly the festival is to honor the dead, and to preform traditions to show that they respect them and ask for their protection. Since this is such a huge festival, Halloween is often not heard about. Some children that do hear about Halloween, often thanks to foreign friends, might make some decorations, and eat candy, but this is often rare. In bars and restaurants however consider October 31st a party day, where they decorate with pictures of ghosts and Halloween lanterns, but this is mainly just an excuse to drink acholic beverages. Even though Halloween in chin is not considered a holiday, it is still heard about through some parts. 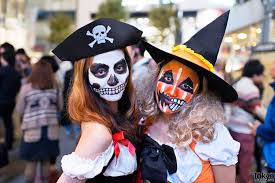 Even though Italy doesn’t recognize Halloween as a holiday, it sure is becoming more common to see children in costumes going “Trick-or-Treating” each year. Like in most countries, Italy has a common national holiday near by. In fact this holiday is called “All Saints Day”, which is held just one day later on November, 1st. “All Saints Day” is where Italians celebrate the dead, by cleaning their loved ones grave and going to church. However, just because a national holiday is near by, doesn’t mean that children don’t love to celebrate Halloween. Halloween in Italy is celebrated by, having children costume parties during the day, and later on in the evening, kids in costumes may head out for “Trick-or-Treating”. Italy also hosts some Halloween events, including the largest event called “The Devil’s Bridge”. “The Devil’s Bridge” is held in the town of Borgo, and is supposed to be a frightening path that is full of Halloween thrills. Italians celebrate Halloween a lot like Americans do, even if it is celebrated the night before “All Saints Day”. 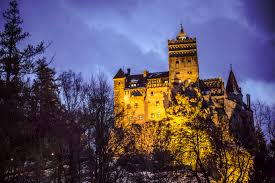 Romanians are huge fans of celebration, so Halloween is about big parties and fun. Halloween is celebrated a bit differently in Romania, instead of going “Trick-or-Treating”, they dress up in costumes and head to big events. These big events hold many activities, such as scary games, face painting, music, pumpkin carving, and more. Halloween is also a popular time for Romania to host several tours and shows, especially since Romania is home to several haunted castles. One of the most popular castles is Transylvania, which usually throws costume parties that provide story telling, and even Dracula inspired scenes. But the number one tourist attraction out o Romania is the gothic fortress, Bran Castle, also known as Dracula’s castle. The Bran castle hosts a Halloween party during the evening, and then at night, you are given a tour of the castle and a gourmet dinner. All in all, Halloween in Romania is full of fun activities and horror fun, celebrated each and every year.